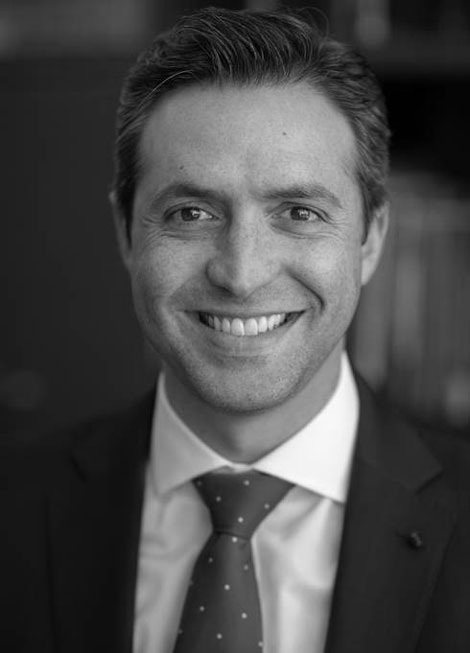 Diego Sierra is a Partner of Von Wobeser with more than 15 years of experience in dispute resolution, he heads our Anti-corruption and Compliance, and Bankruptcy and Restructuring practices, and remains active in arbitration and complex commercial litigation.

In 2014-2016, Diego served as rapporteur for the IBA’s Judicial Integrity Initiative. Diego Sierra is incoming Chair of the ICC México Anti-corruption Committee. Also, Diego Co-Chairs the Insolvency Committee of the Mexican Bar Association (2017 – 2021). Diego Sierra is admitted to practice in NY. He has conducted investigations in the consumer products, financial, insurance, media and entertainment industries, among many others. Diego Sierra has wide experience in handling international arbitration cases in the construction, hospitality, oil & gas and consumer product industries. Finally, Diego Sierra has ample experience in handling any type of civil liability case (negligence, breach of contract or tortious liability), having litigated throughout Mexico both in commercial and civil liability cases as well as defending class action suits. Diego Sierra has also rendered expert witness opinions on Mexican law in courts outside of Mexico. He has been recognized by Chambers & Partners Global, Chambers & Partner Latin America, Global Arbitration Review 100 (GAR 100), Legal 500, Latin Lawyer 250, among others. GIR 100 and GRR 100 have, respectively, recognized Von Wobeser’s Anticorruption and Restructuring Practices as one of the top 100 investigations and restructuring practices worldwide.

Representative Matters
Advises a group of European banks in the Oceanografía insolvency proceedings. European Banks’s credits have a value around USD $200 million.

Advises an important auto parts manufacturer regarding the possibility of filing for Bankruptcy for its subsidiary in Mexico, in the context of its already ongoing global restructuring process seated in U.S. Courts.

Advises BAC Florida Bank in the Proveedora La Perla Bankruptcy proceedings, as one of the most important creditor of La Perla. BAC Florida Bank’s credit has a value of several million dollars. USD millions.

Advised a risk-rating agency in an internal investigation, originated by whistle-blower allegations suggesting that employees received illegal payments in order to stop downgrading the debt rating of a state of the federation with the purpose of obtaining better access to financing.

Advised a global association dedicated to protect intellectual property in an internal investigation regarding allegations of bribery and fraud to obtain unlawful settlement agreement on different proceedings with Mexican authorities.

Advised an insurer in an internal investigation related to fraud and misappropriation of assets. The findings helped the Company to strengthen internal controls and restructure its work teams.

Represented Acqua Minerale San Benedetto in a commercial arbitration against Peñafiel, where the Arbitral Tribunal issued an award declaring that Peñafiel had violated the JV and condemning it to pay for the damages produced for millions of dollars. USD millions.

Represents an important auto parts manufacturer in a class action initiated by a civil association, where the claimant demands a compensation for the damages related to the whole Mexican automotive market.