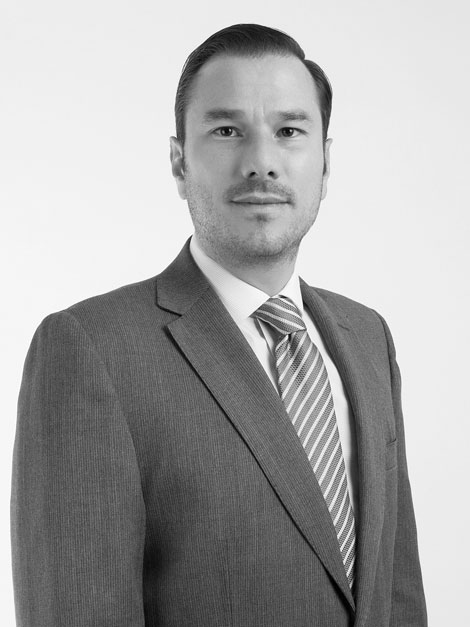 Edmond is a Partner of Von Wobeser y Sierra, S.C. with more than 15 years of experience in environmental, energy and natural resources.

He has been advising some of the most important domestic and transnational companies on the successful development of their energy projects, especially renewable energy projects, advising key players in their participation and successful entry in Mexico’s electricity industry, including generators, service providers, qualified suppliers and users, builders, operators, developers, investment funds, off-takers, among others. He also has experience in administrative and constitutional litigation in the environmental and energy areas, as well as tenders, public auctions and public-private partnerships related to the energy sector. He has been a speaker at various national and international forums and seminars (including, among others, for the Renewable Academy in Berlin, Germany, the International Bar Association, the International Chamber of Commerce, Mexican Energy Forum, ALFA International, Energy Dialogues, Corporate Energy Series). He has published articles on energy and environmental law in IFLR, Latin Lawyer, CEJA, the American Bar Association, The Wall Street Journal, Financier Worldwide, among others. He is also actively involved in pro-bono activities, advising and collaborating with environmental associations such as the Nature Conservancy, WWF, Pronatura and Amigos de Sian ka’an. Edmond has been recognized by Chambers & Partners Global, Chambers & Partners Latin America, Legal 500, Latin Lawyer 250, IFLR 1000, Who´s Who Legal and Best Lawyers, among others.

Representative Matters
Advised Mars on all environmental and regulatory compliance matters in its acquisitions of Turin, steering the US chocolatier through a competitive bidding process to increase its market share to 25 per cent. Turin controls approximately 5 per cent of the Mexican chocolate market, which is worth more than USD $1.1 billion.

Advised Grupo Modelo on environmental and regulatory compliance matters in order to sell the Obregon brewery located on Mexico’s west coast, in the state of Sonora to Constellation Brands for USD $600 million.

Advised Mitsubishi Hitachi Power Systems Americas on the Agua Prieta II Project, a strategic operation for generation of energy (400 Mwe) through a combined cycle plant with Solar PV panels, with a value of USD $500 million.

Advised Prince International on environmental and regulatory compliance matters for the acquisition of the Erachem Manganese Chemicals from French mining and metallurgical company Eramet Group, in a deal worth USD $170 million.

Advised Pronatura Noreste/Vance Center for International Justice as probono legal advice to obtain an unprecedented resolution from the National Water Commission (CONAGUA) which serves as an precedent to the world by authorizing water concessions for “environmental use” to conserve biodiversity and valuable and unique ecosystems, such as Pozas Azulas Ecological Reserve, located within Cuatro Ciénegas, Coahuila.

Advised several clients (Cementaciones Petroleras Venezolanas and Saipem among others) in the participation in the round one public bids with the National Hydrocarbons Commission.

Advised CPT Empresas Marítimas for its simultaneous participation in multiple public bidding tenders called by the Ministry of Communications and Transports through 4 different Port Administration for the renewal of all tug boat fleets for such ports, with a value of several hundred million USD.